The UCLA Bruins hired Chip Kelly as there head football coach. Kelly resurfaced after an unsuccessful stint in the N.F.L. with the Philadelphia Eagles and San Francisco 49ers. 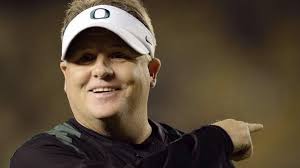 Kelly came to prominence for his prolific offenses with the Oregon Ducks. He was highly sought after in the NFL but his system was a bust and until now has not been heard of. He signed a 23.5 million dollar 5 year contract to coach UCLA.

This should persuade Josh Rosen QB a prototype NFL Quarterback to opt for the draft a year early. His pocket passing style would not fit well with Kelly’s helter skelter offense.