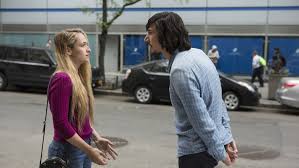 They often end up feeling angry, resentful, exhausted, lonely, and bitter. Sometimes they become martyrs, complaining about how much they’ve done and how little they are loved, appreciated, or getting in return. And every now and then they will do really desperate things to try to control the outcome.

When the relationship finally fails, they are overwhelmed with grief and guilt, and may spend a great deal of time obsessing about what they could or should have done differently. Sometimes they beg their partners to try again, or begin seducing them back with loving words or actions, or by being sexual or helpless. All of these behaviors are desperate attempts to get things to work in their favor.

Here are some of the things I’ve done to try to keep a relationship from ending:

In the end it comes down to a lack of Self Esteem. It is an addiction in a sense and a recovery program is essential as part of treatment plan.